After I graduated from high school in Jerusalem, I immigrated to the United States to attend college at Furman University in Greenville, South Carolina. You could imagine the cultural shock of being in college, on a different continent, at age 18 and separated from family and loved-ones. Despite my language shortcomings, I learned to adapt rapidly in this new environment and excel at my education. When I graduated from college with an achievement award, I applied to many medical universities around the country and ended up at the Medical University of South Carolina in Charleston, SC. I was in the top tier of graduate medical students upon graduation. Unfortunately, during medical school, I lost my father suddenly due to an accident and my family was devastated. I took on the responsibility to take care of my sister and brother who also came to America to live and study. We stayed together until I finished medical school and I left to New York City to enter general surgery residency at the New York Medical Center/Bellevue Hospital. At that time, I knew my passion was plastic/cosmetic surgery. I shared my desires with my dear mentor and family friend Dr. Albert Sabin, the discoverer of the oral Polio Vaccine, who proceeded to tell me that I needed to become a well rounded physician before I enter Plastic Surgery specialty. I heeded his advice and pursued an Emergency Medicine specialty when it was in its infancy. I worked at the Bellevue Hospital Emergency department for two years and then moved to Upstate New York to a city called Rochester. There I began the long journey of five years in my Emergency Medicine career. Within two years, I was offered a Medical Director position at the Emergency medicine department of a nearby hospital. I got married and had a daughter and my Emergency medicine career took me to different States and hospitals around the country where I became the Director of several Emergency Medicine departments and provided physician staffing services to ERs. After 20 years and over a hundred thousand patients later, I resigned due to the fact that the time to pursue cosmetic surgery was now. So, I looked at my options and concluded that Brazil was the best place for me to learn cosmetic surgery. I went to visit Dr. Ivo Pitanguy in Rio de Janeiro, a famous Brazilian Plastic Surgeon who operated on kings, queens and famous celebrities from around the world, and spent a month-rotation with him. It was during this time that I was reassured that this was truly my calling. Dr. Pitanguy accepted me into his plastic surgery program on one condition; I had to learn to speak Portuguese to be able to continue my education in Brazil. I came back to Atlanta and focused on learning Portuguese and intermingled with the Brazilian community in order to understand the culture as well. I went back to Brazil and started my Aesthetic Training while continuing my Emergency Medicine practice on part-time basis in the USA. 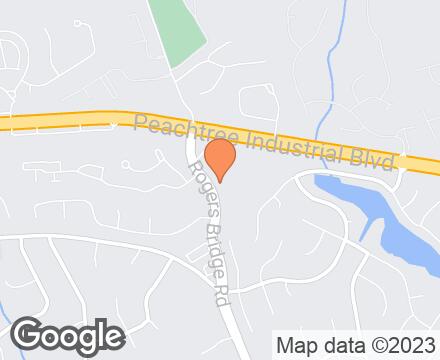