Find a ProviderIs It Safe To Get Cosmetic Procedures During Pregnancy And Breastfeeding?

Is It Safe To Get Cosmetic Procedures During Pregnancy And Breastfeeding?

For women who routinely get non-surgical aesthetic treatments, it can be hard to go cold turkey during pregnancy and breastfeeding. To better understand the safety implications, The AEDITION asked the experts.
Aesthetics
Written by Samantha Stone
05.20.2020
Milan Ilic Photographer/Shutterstock
Find a Provider
Find a Procedure
sign up for the AEDITION

For women who routinely get non-surgical aesthetic treatments (think: dermal filler, Botox®, chemical peels, and the like), it can be hard to know whether it is best to go cold turkey during pregnancy and breastfeeding. While some of the hormonal and physical changes that happen to the skin and body during gestation and postpartum may have you itching to see your dermatologist or plastic surgeon, not all procedures are safe for moms-to-be and new mothers. So, what (if any) cosmetic treatments are okay for pregnant and breastfeeding women to continue? The AEDITION asked the experts.

Are Cosmetic Procedures Safe During Pregnancy?

The short answer is: it often depends on the patient and provider. Due to the ethical challenges associated with performing clinical trials on women who are pregnant, there is not a lot of research into how safe or unsafe common procedures are for a mom-to-be and/or the fetus. A similar lack of data exists for women who are breastfeeding postpartum.

“Giving Botox® to pregnant women with a control group and then assessing the rate of birth defects or pregnancy complications in both groups would never be accepted by a review board, and most patients — hopefully — would not agree to such a study,” explains Nina Naidu, MD, a board certified plastic and reconstructive surgeon and founder of Naidu Plastic Surgery in New York City. “As a result, many medications and procedures that might, in fact, be safe in pregnant women simply can't be recommended based on the lack of data.”

It should come as no surprise then that many cosmetic treatments are not approved by the United States Food and Drug Administration (FDA) for women who are pregnant or nursing. When it comes to treating patients, some aesthetic providers choose to not treat pregnant women or those who are breastfeeding. “As a data-driven surgeon, I can't recommend elective cosmetic procedures in any pregnant or breastfeeding woman,” Dr. Naidu says. “We just don't have enough data to ensure the safety of the mother and child.”

For other providers, treatment plans depend on the patient. “I have a couple clients that won't stop their Botox®, filler, or laser treatments when they're pregnant even though I talked to them about it,” says Jason Emer, MD, a West Hollywood-based board certified dermatologist. “People would suggest you not to have any cosmetic procedures done when you're pregnant, but there isn't really any research that says a laser goes deep enough to cause any fetal harm.”

Additionally, there are some over-the-counter and non-invasive cosmetic treatments that are generally considered safe. “Certain chemical peels — like glycolic peels — are deemed safe, as is microneedling,” says Morgan Rabach, MD, a board certified dermatologist and co-founder of LM Medical in New York City. “These can be performed on pregnant and nursing women.”

With all this in mind, let’s take a closer look at some of the most common cosmetic procedures and the safety precautions pregnant and breastfeeding women should take.

As Dr. Naidu explained, there have been no formal clinical trials looking into the effect botulinum toxin type A (the active ingredient in neurotoxin injections like Botox®, Dysport®, Jeuveau®, and Xeomin®) has on women who are pregnant. Even so, current data and anecdotal evidence have led many experts to believe that Botox® and the like may very well be safe to use while pregnant.

One study theorized that, since the BoNT-A molecule is so heavy, it is unlikely that it would cross into the placenta. “Botulinum toxin type A has a high molecular weight that does not appear to cross the placenta, and acts locally,” Dr. Naidu says. “In theory, it should be safe to use during pregnancy. But, in the absence of data, I don't give it to either pregnant or breastfeeding women.”

Similarly, Dr. Rabach does not perform neurotoxin injections on patients who are pregnant or postpartum because the clinical safety data does not exist. “We won’t do Botox® on breastfeeding mothers either, as we don’t know if it can pass through the milk,” she says.

Like botulinum toxin type A, there is little safety data on the use of dermal fillers during and after pregnancy. “Fillers act locally and should not be able to enter breast milk or cross the placental barrier,” Dr. Naidu says. “However, I will not administer it to either group of patients without data.”

Aside from the lack of research, pregnant women may also want to hold off on filler until after delivery because, with hormonal and weight fluctuations, facial changes (think: plumper lips and fuller cheeks) are common and would be further exacerbated by filler.

Some unwanted side effects of pregnancy hormones can be body hair growth and skin conditions like melasma, hyperpigmentation, dark spots, and breakouts. Skin treatments that can help even out skin tone and texture (think: lasers, intense pulsed light (IPL) therapy, and chemical peels to name a few) have inconclusive safety data. Whether or not lasers penetrate the skin too deeply is unclear. And, in the case of hair removal, Dr. Naidu says that “it is generally considered to be safe, but most physicians will recommend waiting until after pregnancy.”

In terms of chemical peels, a study from the International Journal of Women's Dermatology found that certain active ingredients are safer than others. The review considers glycolic acid and lactic acid peels safe since they only penetrate the skin superficially. For stronger chemical peels, like medium or deep grade, research has shown that pregnant women should avoid treatments that use trichloroacetic acid (TCA) and salicylic acid. Generally speaking, chemical peels with limited dermal penetration are considered safer than those that have significant dermal penetration, which could pose potential risks.

Regardless, Dr. Naidu believes that pregnant women should skip professional peels until more is known. “Some of the chemicals used in peels — notably salicylic acid and trichloroacetic acid — can enter the bloodstream if used in high concentrations and should be avoided,” she warns. “Glycolic and lactic acid peels are generally accepted as safe. But again, there is no data to ensure this.” For women with robust at-home skincare regimens, Dr. Rabach adds that over-the-counter chemical peels with glycolic acid are generally considered safe.

Unlike cosmetic procedures like Botox® and fillers that are generally thought to be safe, sclerotherapy is conclusively a no-go for pregnant women. “Sclerotherapy is definitely not safe to use during pregnancy, as the medication gets injected directly into the bloodstream and causes vessels to constrict,” Dr. Rabach warns. “We do not want this to happen in pregnancy.”

While the injectable therapy is very effective in treating spider veins, most women find that any veining that manifests during pregnancy typically resolves itself. “There are intense volume changes within the body that affect the veins during pregnancy, so I would certainly recommend waiting on this until after breastfeeding has been completed,” Dr. Naidu advises. “I would imagine that the need in most cases will be reduced or eliminated at this point.”

When considering when to resume cosmetic treatments, it all comes down to a patient and provider’s comfort level, as there is not much data available as to how treatments and chemicals impact lactation. To avoid any potential side effects in fetal and newborn development, Dr. Rabach generally recommends airing on the side of caution. “Women can safely resume all non-surgical procedures like lasers, Botox®, and fillers after pregnancy and after breastfeeding,” she says.

There is insufficient safety data on the effects of most cosmetic treatments on pregnant and nursing women because it is ethically challenging to perform studies on these groups. As a result, many providers are of the opinion that pregnant and breastfeeding women should postpone such procedures. As a rule of thumb, Dr. Naidu recommends patients confer with their obstetrician during pregnancy and pediatrician while breastfeeding to ensure the safety of mother and child. At the end of the day, “safety comes first,” she says. “Beauty can wait.” 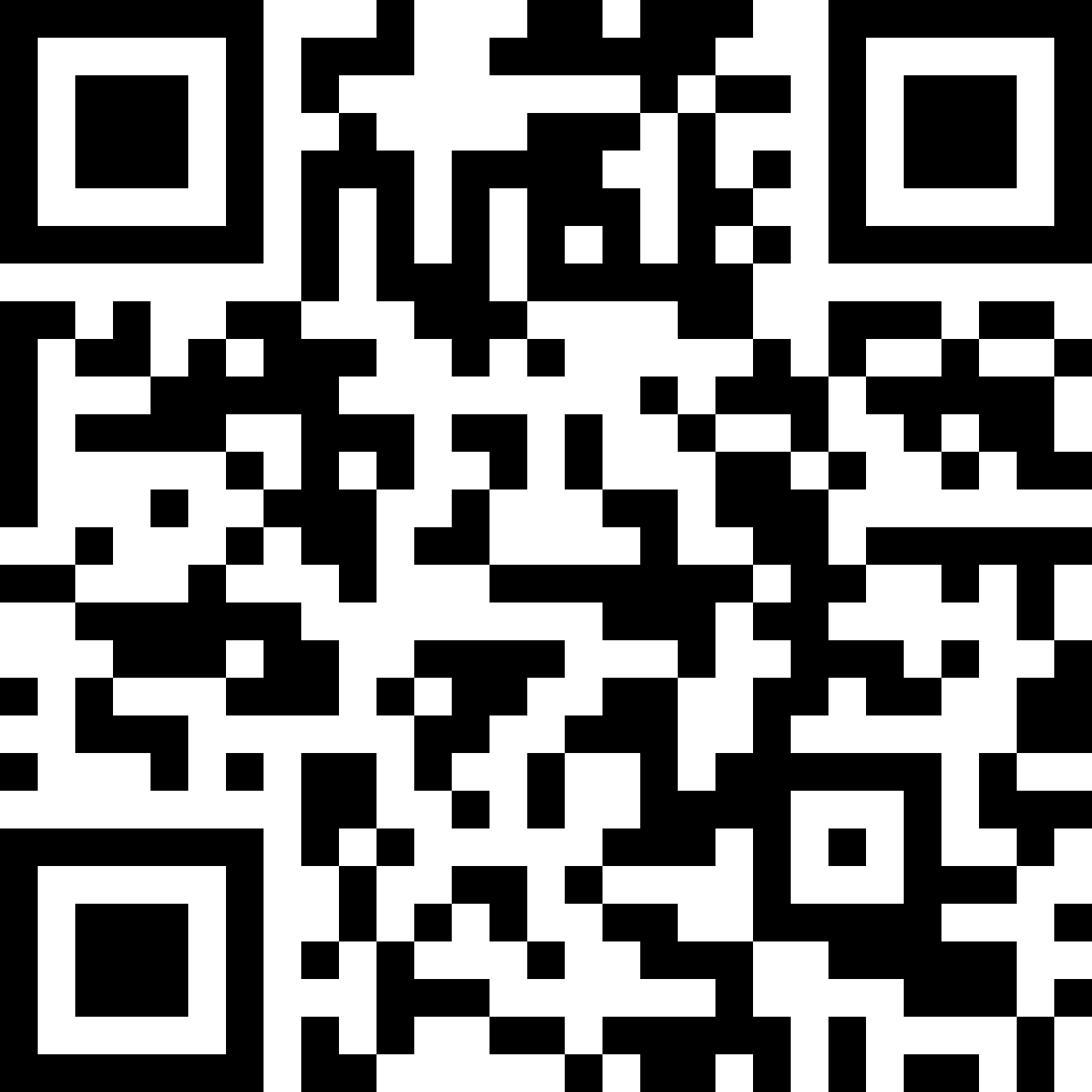