Jaime S. Schwartz MD, FACS, is board certified in plastic surgery, a member of the American Society of Plastic Surgeons (ASPS), and a diplomate of the American Board of Plastic Surgery. Dr. Schwartz dedicates himself to creating policies aimed at enhancing safety and awareness for both patients and physicians. He is committed to promoting advances in medicine and serves on various American Society of Plastic Surgeons committees, including Health Policy, Patient Safety, Emerging Trends, Quality and Performance Measurement, and the Clinical Trials Network. He has also received national recognition with many ‘Physician’s Choice’ and ‘Compassionate Doctor’ awards. Dr. Schwartz completed a 6-year plastic and reconstructive surgery residency at Georgetown University Hospital and a fellowship in advanced breast and body aesthetics at the internationally renowned Cleveland Clinic, where he held an appointment as a clinical instructor. During his tenure at Georgetown, Dr. Schwartz received many honors for his excellence in patient care, teaching and professionalism. He won the ‘Caring-Star Award’ yearly, given by patients to the top-rated healthcare providers at Georgetown University Hospital, he was given the highest teaching award as ‘Outstanding Resident Teacher’ for the Department of Plastic Surgery at Georgetown University Hospital, and he was also awarded a ‘Certificate of Professionalism’ from the Washington Hospital Center medical staff. Georgetown University Plastic Surgery was one of the first Departments of Plastic Surgery in the country (not a division of General Surgery) and the training program was one of only a few at that time that was "integrated". What that meant is that Dr. Schwartz spent his entire 6 years there focusing ONLY on plastic surgery. (If you did not get accepted out of medical school, the other way to become a plastic surgeon was to complete another residency such as general surgery for 5 years and then complete a 2-year fellowship in plastic surgery. This is why some doctors say they are Double-Board certified since they split their training between different fields) As a foundation for developing the Beverly Hills Breast Institute, Dr. Schwartz served as the Chief of Plastic Surgery at Presbyterian Intercommunity Hospital (PIH) in Whittier, CA, where he performed over 300 surgeries a year with a heavy focus on breast and body aesthetics and reconstruction. Taking an active leadership role in patient care and safety, Dr. Schwartz served on numerous committees at Presbyterian Intercommunity Hospital, including Patient Safety, Patient Experience, Surgical Administration, and Research Oversight. Dr Schwartz was recruited to Southern California by Presbyterian Intercommunity Hospital as Chief of Plastic Surgery based on his academic excellence and national reputation as an Outstanding Aesthetic Surgeon and Reconstructive Breast Surgeon. Here he was tasked with building the hospitals first Plastic Surgery Department, reconstruction after Massive Weight Loss Body Contouring Program and creating and overseeing the Breast Cancer Reconstructive program from scratch. During his tenure as chief of Plastic Surgery he performed over 5000 surgeries and over 10000 cosmetic procedures. He developed novel techniques for breast cancer reconstruction using “AutoDerm”, created the hospitals first nipple sparing registry, developed National Guidelines for Breast Surgery and Implants, was instrumental in obtaining national accreditation for the PIH Breast Center through National Accreditation Program for Breast Centers (NAPBC) and was a principle investigator for phase 2 FDA clinical trial for correcting and preventing poorly healed BREAST SCARS. He also was instrumental in changing the culture of breast reconstruction where “WOMEN MADE THEIR OWN CHOICES” about their care and options for treatment. He became a community figure from lectures in the hospital and local TV station, attending the monthly breast cancer support groups and creating a fundraiser known as “REJUVENATE FOR THE CURE”®. Understanding the best way to beat breast cancer is early detection, Dr Schwartz started a yearly event where would inject Botox and Fillers with all proceeds donated to the PIH Breast Center to offer free mammograms to those who could not afford them. He would raise enough money in 1 donated day of his time to give over 300 mammograms.

Assistant Professor of Plastic Surgery at University of Southern California 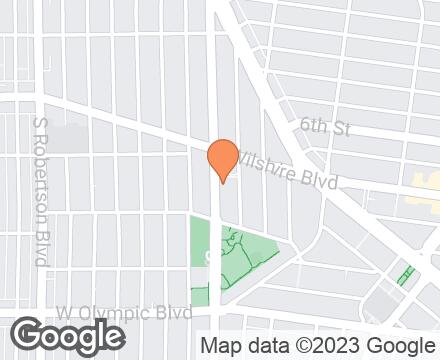 Jaime Schwartz, MD in the AEDITION

Here’s What You Need To Know About Virtual Consultations